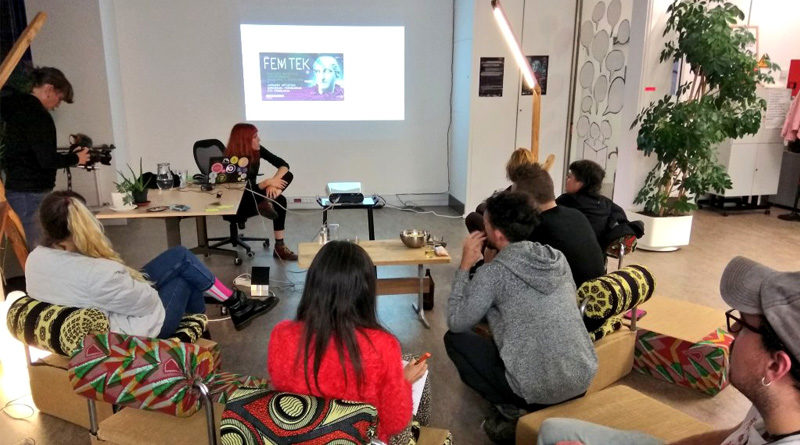 FEM TEK, contemporary practices, feminisms and technology is a programme by hikaateneo, expanded over time both in terms of content and disciplines, which attempts to generate critical spaces for debate and production of knowledge.

From an interdisciplinary perspective, it entails the organisation of live experimentations, discursive meetings, workshops/laboratories, virtual research-creation residencies and a long-lasting open lab.

FEM TEK is conceived in terms of networking with other spaces, agents and programmes, with which it seeks to mutually intersect and influence each other. More than creating its own body, FEM TEK wishes to be part of the body of others: Wikitoki, Sarean/GauIrekia, Le Larraskitu Kluba and UPV/EHU, among others.

Wikitoki started to work on an ad hoc basis with FEM TEK in 2018. The working relationship became stronger in 2019, and in 2020 it has gone on to become a project associated to Wikitoki.

Associated projects are those that are not related in any structural sense to Wikitoki (they do not participate in its work or decision-making structure) but are related thematically or relationally. These projects may be supported by different Wikitoki resources (financial, spatial, communications, etc.), and may use the space continuously as a meeting point and/or place of reference, providing Wikitoki with a previously agreed fee in exchange.