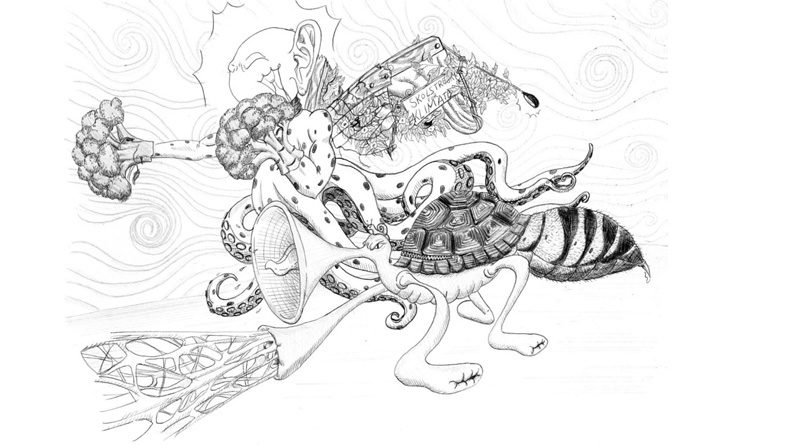 The initiative is in its design phase, and is seeking to involve local stakeholders and citizens from different disciplines to develop collaborative projects that are in line with the initiative’s values.

After being selected by the European Commission to be an official New European Bauhaus (NEB) partner, Tabakalera will host an initiative event on 17 May to present the project and involve different local stakeholders. The forum is aimed at the cultural sector and also at all those who may be involved in the areas covered by the NEB, such as architecture, the environment, social inclusion/social agents, and the technology sector.

This is the first conference to be organised on the Basque stage, which will take place in collaboration with the Basque Government’s Department of Culture and Language Policy and the project’s two other Basque partners: Conexiones Improbables and the Bilbao Metropoli-30 Association.

The initiative’s public presentation event will be held on Monday the 17th from 15:00 to 17:00, and will also have the aim of involving local stakeholders, independent and professional initiatives, and citizens from different spheres in the design of collaborative projects that are in line with the values arising out of NEB.

In addition, this same event will present a new public platform on the website www.kulturgileak.eus, where businesses, institutions, and individual experts in various fields will have the ability to register and be a part of the Basque Country’s New European Bauhaus network. The platform will provide a space to bring visibility to the organisations registered and seek out partnerships and collaborations to develop ideas and proposals associated with the initiative.

Different European regions and countries are organising meetings and conferences with the same goal of presenting the initiative and seeking the involvement of different stakeholders.

The event will kick off with the help of Alessandro Rancati (European Commission – EU Policy Lab), who will make the official NEB presentation, followed by talks from the Basque partners (Tabakalera, Bilbao Metropoli -30, and Conexiones Improbables). Attendees will also learn about two European examples from Matti Kuittinen (Nordic Bauhaus – Finland) and Mariana Pestana (Bauhaus do Mar – Portugal).

The event will be open to the public, and can be attended in person (with prior registration) or streamed via Tabakalera Online

As one of the most important infrastructures for artistic creation in the Basque Country, Tabakalera’s contribution will focus on creative projects that involve citizens in exploring socially relevant issues such as those raised by the New European Bauhaus initiative: the digital divide, sustainability, and inclusion.

This is a creative and inter-disciplinary initiative that opens up a meeting place to design future ways of living, located at the crossroads between art, culture, social inclusion, science, and technology. The initiative brings the Green Deal to the places we live, and calls for collective effort to imagine and build a sustainable, inclusive future that is beautiful to the minds and souls of us all.

One of the experiences that will be presented is KIMERAvsKIMERA. Activity developed jointly between Aclima, EIDE, KARRASKAN and Wikitoki within the framework of the BBDW’20. Now it has been configured as a transdisciplinary working group called KIMERAK.